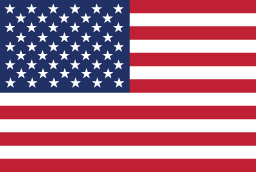 The first inhabitants of North America migrated from Siberia by way of the Bering land bridge and arrived at least 15,000 years ago, though increasing evidence suggests an even earlier arrival. Some, such as the pre-Columbian Mississippian culture, developed advanced agriculture, grand architecture, and state-level societies. After the Spanish conquistadors made the first contacts, the native population declined for various reasons, primarily from diseases such as smallpox and measles. Violence was not a significant factor in the overall decline among Native Americans, though conflict among themselves and with Europeans affected specific tribes and various colonial settlements. In the Hawaiian Islands, the earliest indigenous inhabitants arrived around 1 AD from Polynesia. Europeans under the British explorer Captain James Cook arrived in the Hawaiian Islands in 1778.

In the early days of colonization, many European settlers were subject to food shortages, disease, and attacks from Native Americans. Native Americans were also often at war with neighboring tribes and allied with Europeans in their colonial wars. At the same time, however, many natives and settlers came to depend on each other. Settlers traded for food and animal pelts, natives for guns, ammunition and other European wares. Natives taught many settlers where, when and how to cultivate corn, beans and squash. European missionaries and others felt it was important to “civilize” the Native Americans and urged them to adopt European agricultural techniques and lifestyles.